Text description provided by the architects. Veil house is a two-story house of modest plans with ambitious social implications. The house follows a standard L-shaped plan which upon closer inspection reveals layers of complexity. Rather than arranging the house along the site’s perimeter around a central court, and shunning the surroundings, it is encapsulated with gardens, which are not hidden away but are to be shared. The challenge was in preserving privacy whilst allowing this dialogue with the neighbors. Designed not as a unicentric project that adds little value to the community, it is a house that responds not only to one family but also considers the surrounding families within the neighborhood.

Greenspaces are subdivided into courts, enclosed in facades and screens of varying degrees of pellucidity. Like individual cloths, tailored to specific requirements, veiled over internal spaces, these specially laid walls and facades define exterior spaces where courts become “green rooms” interconnected with the interior volumes. Often the spatial sequence is layered with foreground trees and background shrubbery, one court backed by another. Each court is designed with its own unique characteristic, grouped into five segments, responding to differing intended uses.

The first of five is the Public Garden. The space is defined loosely by a cantilever beam gently suggesting the owner of the space whilst remaining accessible to the public. Giving back to the community; resting steps for people passing through during the day and street illumination during the evening. The main gate opens and leads to the Semi-Public Gardens paved in gravel. Designed to be trodden on, the grounds have been raised such that people in the garden could look over the parapet to have conversations with those on the road and neighbors across. The Semi-Private Garden is veiled in vertical fins restricting views into the living room. The central and largest court is for eyes only. Only family members and those invited, are allowed to experience the space within. Inside the house, placed adjacent to the study and living room are Private Gardens, completely restricted to outsiders, for the sole use of the family and their guests at their leisure all day long in complete privacy.

The staircase transitioning from the more public space to host guests to the private space for the family has its privacy level reflected in the; glass balustrade of the first flight and transitions into solid timber walls in the second as it reaches the private upstairs. At the top of the stairs, the snug has its own green room directly behind. The screen allows the foliage of the tree below to be framed and contained. The final layer of the house is the most private Sky Garden; only available to the owner, other members of the family do not have access. The view from the master bedroom is complexly layered resulting in a refined simplified view of lush greenery. In the foreground lies a bridge leading to a lowered terrace. On either side are swaying leaves originating from the downstairs court shared with the study as well as the Weeping Willow forming the midground. Through the screen, the central court trees are visible in the distance. This view is permanent, unwavering, and uncompromising, as the screens ensure complete privacy, no blinds required.

From the road, and neighboring windows, the house appears segregated; green pockets fragmented into levels of privacy, admitting views and access according to their relationships with the client. However, when viewed from inside, the family is afforded continuous, uninterrupted views, where the greenery lines up into fore, mid, and background. The house is designed as a part of the neighborhood, interacting with what surrounds it. The ambition to provide an alternative to closed-off gated developments has started bearing fruit. The layers of screens and façade of Veil house exist not to completely cut the inhabitants off from their surroundings, but in fact, the permeability of these boundaries allows dialogues to take place between what is private and public whilst maintaining absolute privacy where required.

Tue Jul 26 , 2022
The results of the Covid-19 pandemic, with people today acquiring to expend a ton extra time in their homes than just before, observed quite a few seeking at their living spaces and obtaining a wide range of likely alterations to be produced, both of those inside of and outside the […] 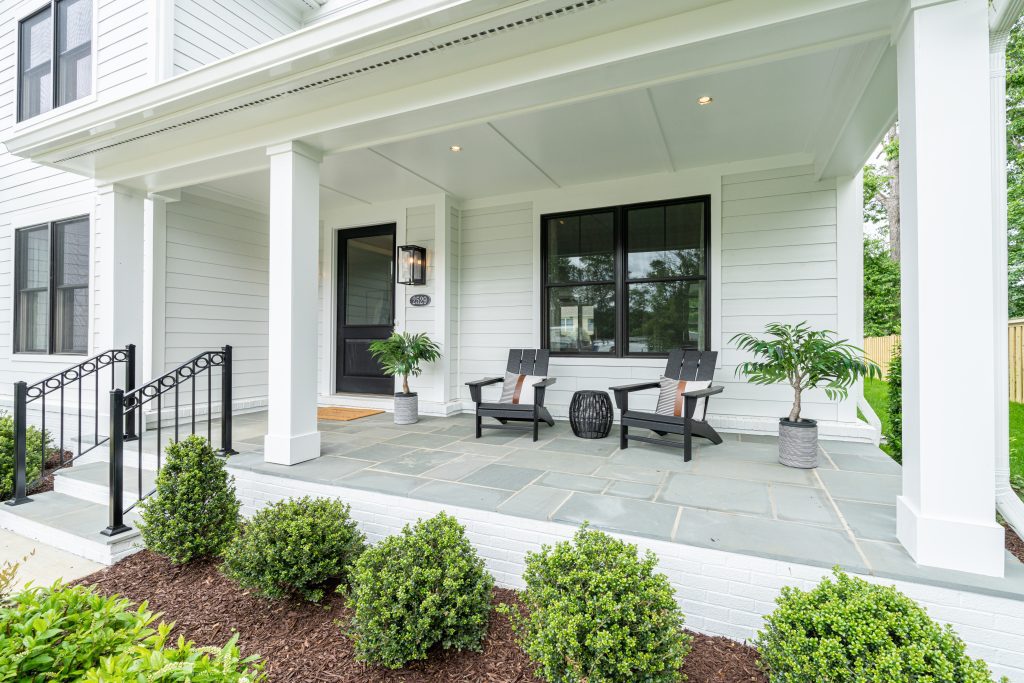